Cockroaches are widely detested causing fear and disgust for many people. The smaller reddish-brown varieties with the flattened bodies are able to crawl into the most unlikely places and become household pests. Their flattened bodies allow them to live and breed in the smallest of gaps in kitchen and food preparation areas.

By far, the majority of cockroaches found in Melbourne are native species, and only a couple of varieties of these native species are classified as a hygiene or pest status. During summer and autumn the Common Shining cockroach is a frequent visitor to our homes as they seek out water and often come in by accident rather than design. (See picture below)

Cockroaches belong to the order Blattodea and vary in size from a Queensland Cockroach (Macropanesthia rhinoceros) at 70 mm long to the much smaller German cockroach at 10mm long,the latter usually found in food preparation and storage areas, both Commercial and Domestic premises. 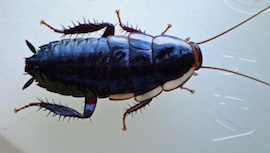 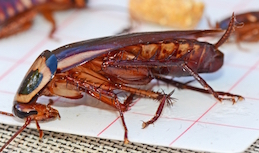 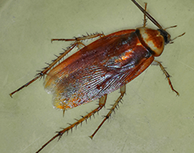 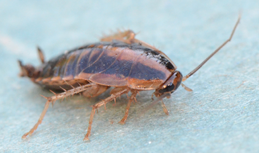 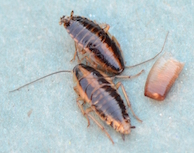 Native and German cockroaches. Do these look familiar? 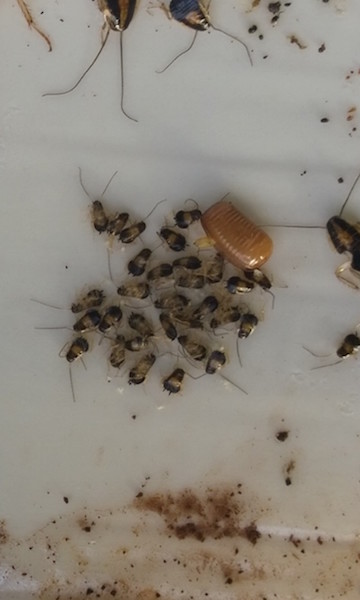 Cockroaches are primarily scavengers, feeding on dead animals and plant matter. German cockroaches living in kitchens feed on food scraps and other food products, hence the importantce of cleaning up and hygiene in all food preparation areas. Most cockroaches are nocturnal unless there are very high population infestation levels when they will be seen running around during the day.

Cockroaches are of some considerable economic importance. Not only destroying our foodstuffs, but also foul whatever they eat with their excreta. Cockroaches are responsible for spreading many diseases, especially food poisoning, as they live and breed in the same areas where food for human consumption is stored and prepared.

Exopest offers a range of chemical and non chemical treatments for cockroach species which are a Public Health pest. We do not recommend treatment for Native Australian cockroaches because they normally live outside and only come inside by accident as they forage for food. The Common Shining cockroach species (see picture above) is found all around Melbourne in the warmer summer months and is not a health risk.