At Exopest we are the termite control experts – we use a technological approach to dealing with termite infestations and treatments. We have been studying termites for decades including their breeding patterns, propensity for infestation, and more. We are confident that we are the best. Our track record speaks for itself – read our reviews here.

Termites, often known as white ants, are wood eating insects. Termites are variable in size, colour, and shape. Termites are highly modified cockroaches and although they are often referred to as ‘white ants’, they are not related to the ant family at all.

Termites are social insects and live in colonies. Some termites live in mounds above ground (e.g. magnetic termites), some live in nests up telephone poles (e.g., the Nasutitermes species), some in the base of trees and stumps (e.g., Coptotermes species), and some even live in the timber walls of the home. Call us to find out more on 1800 686 299.

Termites live in groups or colonies up to several million in number. In any colony there are various different forms called castes. Worker castes are for food supply and tunneling. Soldier castes defend the colony against intruders and reproductive castes are for future generations and colony survival. Reproductive termites are often referred to as alates. The worker and soldier castes are sterile. All termites consume cellulose (found in timber, paper, cardboard, grass etc.) as their food source.

How to Inspect for Termites

Well you think you have termites, so why not inspect and do it yourself?
This approach will cost you more money in the long term!
Termites are a very clever insect and can be totally concealed so you will not know where to look.
Exopest has been inspecting homes for termites in Melbourne since 1985 years so we know what to look for. Termite detection and control needs professionally trained and experienced technicians.
Exopest inspects your home and reports on the species of termite and the best control method.
There is an Australian Standard for termite inspections and only a qualified termite inspector using modern detection equipment.
Exopest’s insurance company requires individual termite accreditation for each one of our termite team. They are  fully licensed termite inspectors, not just licensed pest control technicians.

In Melbourne termites nest in many interesting, unusual places such as soil fill, old building materials under premises, cavity walls and hidden voids under buildings. We have found them nesting in timber false floors between concrete floors in commercial high-rise buildings. You can find them under concrete slabs in patios, verandas, and paths around your premises. They also nest in eucalyptus, peppercorns, and imported oak, elms etc.

Termites can nest in the trunk of a tree just above soil level or sometimes higher up in the fork of a branch where moisture has entered the tree causing decay. Termites can tunnel 50-80 m from their nest to a feed site, for example from a tree three house blocks away to a piece of skirting in a building. The worker termites, which have chewing mouth parts, are responsible for timber damage and form over 80 per cent of the individuals in a colony.

Coptotermes termite workers are 5-8 mm long with the soldiers slightly larger having a darker head and pincers or biting jaws called mandibles on their head. These mandibles are used for protection of the termite colony.

Termites fly in the warmer summer months, normally when the humidity is higher during the evening. This is when the flying caste members, known as alates take to the wing in a nuptial flight. They swarm into the air from infested timber in the building or from an infested tree. The alates pair up after a short mating display and tunnel into the soil to start a new colony. This process of release and pairing up is very hazardous with a high mortality rate from natural predators and exposure to the elements.

Often the termite flight occurs when the occupants of the house are out. On their return, they find a house full of winged insects and have no idea where they came from or what they are. Most alates are found around the edge of carpets, trying to escape towards the light. They are naturally attracted to light, however, they do not live for long inside the building and quickly die. Always keep a few termite alates samples as your Exopest technician will be able to identify the exact species. Correct identification of the species is very important in making the right treatment recommendations.

Termite alates are sexually mature males and females whereas the other termite castes are sterile. There is normally one queen termite per nest and she can measure up to 4 cm in length and live up to 40 years. The queen is very productive in her lifetime and can produce as many as 40,000 eggs per day. The king and queen are entombed in the egg-laying chamber in the centre of the colony and coordinate the daily activities of the worker and soldier termites.

Termite colonies only fly when the colony is mature, anything up to 5 years after the original nuptial flight. 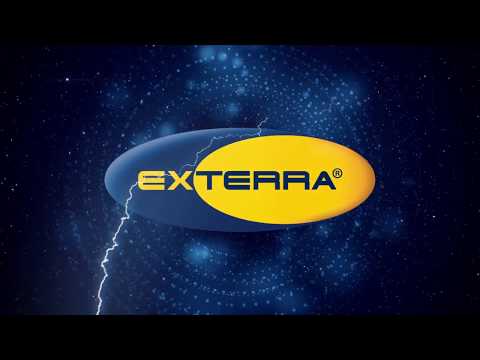 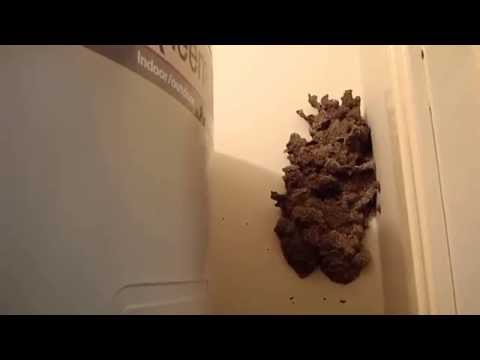 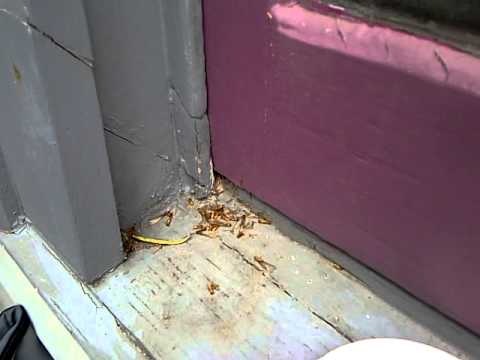 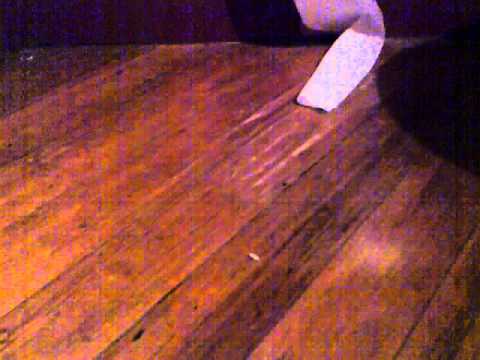 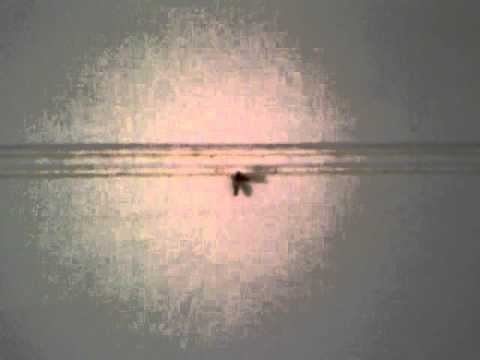 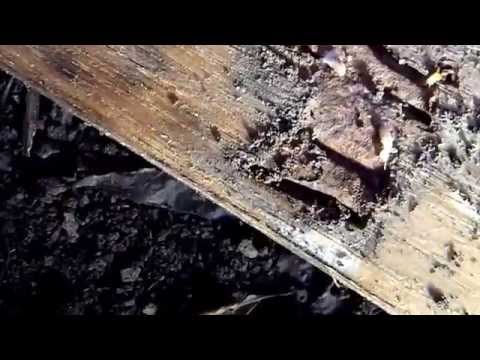 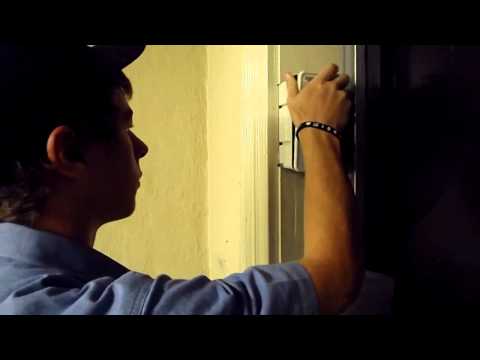 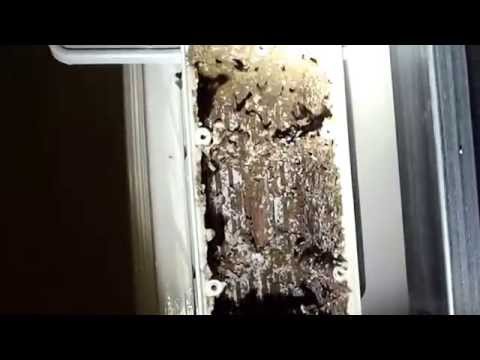 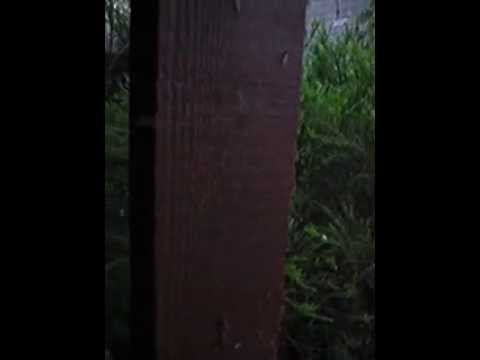 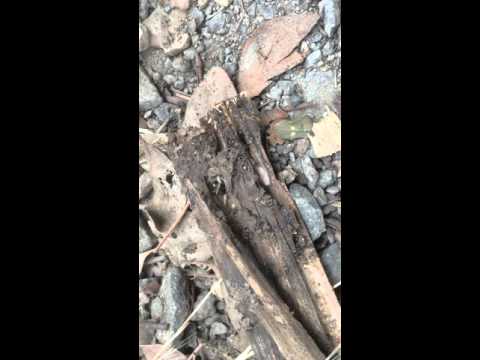 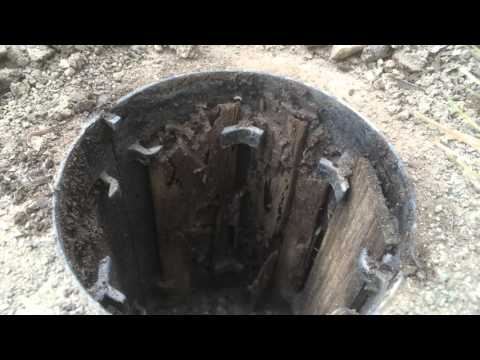 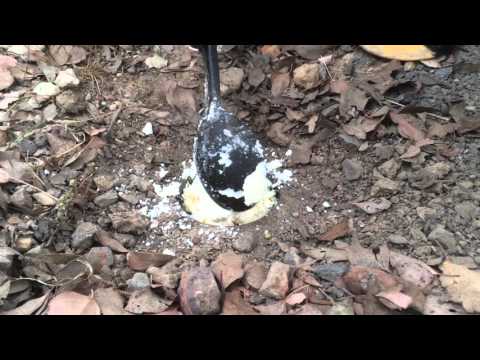 The Exopest philosophy is to help and advise people how to protect their property from termite infestation and timber damage. Our commitment led us to devise termEsafe, our own Termite Management Program. The program consists of the following: 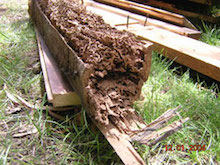 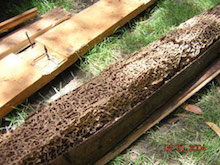 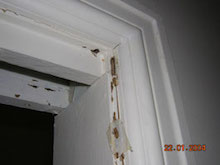 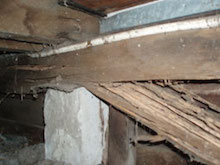 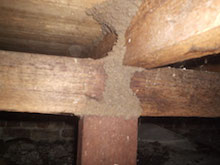 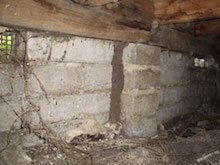 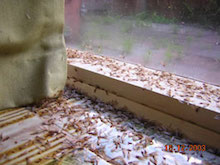 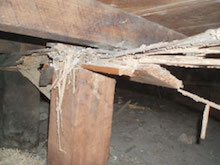 Is a termite the same as a white ant ?

Yes, they are the same insect. Termite is the correct name, but they are often called white ants because they look like an ant and they are milky white.

How do I know if I have termites?

Termites eat cellulose in timber and paper products. They eat the timber from the inside out and create a paper-thin veneer on the surface, causing the timber to appear crinkled, wrinkled, and often spotted with mud. In a home, termites can be found infesting finished timbers (skirting boards, door frames, architraves etc.), framing and subfloor timbers. A professional timber pest inspection report done by an accredited termite technician is recommended.

What do I do if I find live termites?

Do not disturb the termites or spray with insecticide. Termites need to be identified for proper treatment by the termite technician and we do not want to chase them away to another area. You cannot control termites by pulling out the affected timber and spraying the area. Call a qualified termite technician who has the experience and training to complete a termite inspection report using the Australian Standards AS 3660.2- 2000 as a minimum guideline. Once the report is done, a written Termite Management Proposal can be completed outlining all the treatment recommendations and the cost.

How do I know the company is reputable and doing the right thing?

The company should be a member of the AEPMA (Australian Environmental Pest Management Association), hold the necessary State Pest Control License Cert III to use pesticides and ID card, have public and professional liability insurance, and provide references of satisfied customers. Helpful literature and brochures explaining the termite treatment, termite biology, conditions conducive to termites should all be left with you by the company or available on its website. Ask lots of questions and see if the technician has all the answers. How long has the company been in business? Does the company employ casuals or sub-contract out the work? Ongoing training and development in termite management is crucial for effective termite control and therefore full-time employees are strongly recommended.
Contact the Dept. of Human Services for any further information on 03 9637 4156. Human Services have a checklist of questions to ask when selecting a pest control service.

How long does the termite treatment take?

One day for an average size home.

Do I need to vacate my house overnight?

No. There is no need to vacate the home overnight with new termite treatments like Premise, Termidor, Altriset or Exterra baiting. They have no solvents, no vapours, and no odours. For further information please refer to the websites of the manufacturer. Premise is made by Bayer www.bayernopests.com and Termidor by BASF www.basf.com.au Altriset by DuPont. Ensystex makes Exterra termite baiting.

How do I know if the chemical is safe?

In Victoria all chemicals have to be registered and have an approved label. Chemical registrations are done by the APVMA (Australian Pesticides and Veterinary Medical Authority). A good website for information on chemicals used for termite treatment is www.dpi.vic.gov.au All our termite technicians are fully trained in handling and applying chemicals as per the label.

How often do I need to re-apply the termite treatment?

Treatment lasts for many years depending on the chemical used. Soil residual life also depends on soil types and moisture in the ground. Premise 200SC will last 5 years or longer in most practical situations. Re-treatment may not be economically justified within 5 years. Inspections, at least annually should be done. With Exterra termite baiting systems all that is required is annual servicing of the in ground stations and inspecting the home. Exterra lasts year after year after year.

How often should my home be inspected for termites?

The Australian Standard for termite management (AS 3660) recommends the structure be inspected at least annually. Regular inspections pick up live termites and therefore reduce timber damage and replacement costs.

What if the termites are still there in a month?

This is quite normal. After the treatment has been completed some termites may still be alive in the damaged timber for several weeks, as the chemical gradually takes effect through the termite colony. We do a follow-up inspection 4 to 6 weeks after the treatment to monitor the situation. Termites can become cut off from the main colony and remain alive for several months. During this time they do very little timber damage. Premise and Termidor work differently to other chemical treatments. They allow termites to enter the treated zone (soil) where they unknowingly pick up the chemical and pass it to each other during the grooming cleaning process: it’s a transfer or domino effect. Soon, as the termites weaken, the soil fungi and microorganisms spread through the colony. The termites become sick and fatally diseased. Colony control is achieved if enough termites are exposed to enough of the chemical active ingredient.

When can I replace the damaged timbers?

We recommend the damaged timber is only replaced when termite activity has stopped and the colony declared dead. We will tell you when feeding has stopped on our follow up visit. In buildings, which have been heavily infested, we recommend 6 to 12 months before you start timber replacement.

What is termite baiting and trapping?

Termite baiting is our termEsafe system using Exterra for termite interception, monitoring, and colony control. Termites are encouraged to feed on the bait (an insect growth regulator substance or IGR) in specially designed feed stations. There are above-ground stations and in-ground stations. Above-ground stations are placed in the home, only where termites are feeding, on skirting boards, door frames etc. Termites consume the bait and the nest dies off over a couple of months. Bait contains insect growth regulators that interfere with insect moulting, causing death. In-ground stations are installed in the soil around the home at regular intervals and intercept foraging worker termites. Please refer to the Exterra web site: www.ensystex.com for more detail.

How much is a termite inspection report?

There is no set cost for a termite inspection report, because every property is different. As a guideline an average three-bedroom home with garage, rumpus room, and study costs $350-$400 + GST. Please phone the office 03 8696 9000 for an accurate quote.

Can I have a termite inspection report done on a home I am looking at buying?

Yes. It is called a pre-purchase timber pest inspection report. We inspect the property for termites, borers, and fungi. The inspection is arranged with the estate agent before the auction and a typed report of recommendations and findings is mailed or emailed to you. Often we can prevent an unwise investment due to the presence of termites.